skip to main | skip to sidebar

Review: The Reapers are the Angels

Just cross-posting a review I wrote for Civilian Reader. If you're looking for the cliff notes - I liked this book a lot. Many thanks to CR for the opportunity to review!
Posted by Shane at 09:15 No comments:

The Adjustment Bureau and Boethius

I recently watched George Nolfi's enjoyable The Adjustment Bureau. I won't offer a full review here, and I don't particularly want to create a blog-post full of spoilers [***although be warned, some discussion of the film's conclusion lies ahead].

I felt from the beginning that the movie's central concern for destiny and free-will would not be out of place in one of its many medieval predecessors. When Richardson tells his colleague that

The chairman has a plan, we only see part of it.

it seemed clear that the Boethian undertones had to be intentional. Book V of Boethius' Consolation of Philosophy outlines a similar argument. Boethius complains of the apparent contradiction between divine foreknowledge and human free-will. Lady Philosophy responds:

The cause of this obscurity is that the working of human reason cannot approach
the directness of divine foreknowledge.

In other words, God can see the whole plan, we can only see part of it.

Nolfi's approach to the problem is rather different to that of Boethius. After all, like Chaucer in the Knight's Tale he proposes a situation in which the divine plan is maintained on an ongoing basis by miraculous intervention. I don't wish to spoil the movie's outcome, but when it finally progresses to its conclusion it becomes apparent that while for most of the story the audience is encouraged to share a Boethian dismay at the divine plan, by the end they are in fact encouraged to share in Lady Philosophy's view that there is a rational order underlying human experience. The Adjustment Bureau explicitly locates expression of such divine order, however, in every individual's attempt to decide their own fate.

[If you'd like a full review of the movie itself, see Slate's opinion here]
Posted by Shane at 12:13 1 comment:

In my late teens I suffered the rite of passage that is the Leaving Cert. I have had to learn more since, I've had to take harder exams, and I've had to spend more hours at my desk. Yet this remains the most stressful challenge I've ever experienced. I suspect that, wherever you come from, your twilight years of schooling felt similar. And so my coping mechanism was to walk. I walked every night, sometimes twice or three times in an evening, down to a nearby lake and back. It was probably just a mile or so, but I found it calming, and whatever I had tried to cram into my brain during the day seemed to sort itself out on the way. I thought of my brain as a box of lego, being shaken about so each piece could settle into place. As I remember it, these walks always took place in night-time darkness, and I'd pace along with my silver Discman (how I loved it) and one of two albums; Tracy Chapman or Up. I'd like to say I selected these albums specially, but in fact I wasn't really one for music, and I think these CDs were lying about in our house. They became the dedicated soundtrack to my evening journey through repeated usage, and if I closed my eyes the track I was on could tell me how far I was from home.

Recently I've been coming to the end of another project. The walking has started again. I was surprised how the same feelings of clarity returned to me so easily. I've heard dedicated runners talking about the 'zone' they enter when they run - I had never really understood it but I've always thought of it as being akin to meditation. Perhaps I'm simply much less fit than my marathon-running friends, so counter-intuitively I'm finding my way to the zone with much less effort. Whatever is happening, it works. My brain feels more rested after a decent length walk, with music or a good podcast, than after hours of sleep. Mens sana in corpore sano I guess.

I had heard of Dickens' long walks (apparently you can follow them if you wish), and as a child I was a great fan of a children's version of Bunyan's Pilgrim's Progress. I've studied Chaucer's pilgrims for years without paying much attention at all to the walking itself that underlies their pilgrimage. If you look for it, walking is a very common theme indeed in writing, and there's a nice article here and a fantastic blog here on the subject. Walking is one of our fundamental activities, so it is no surprise it brings us comfort. I like to think the great road song is just an extension of the walking verse - perhaps that explains why Fast Car suits a long walk so well.

Walking and writing are good analogues for one another. Your progression is linear, you're often alone, you arrange your thoughts along the way, you build up a rhythm, and more often than not you'll find yourself back where you started.
Posted by Shane at 12:48 No comments:

So long since I last posted, but more frequent posting will return soon. I've been tied up with a rather long essay for the last few years and I hope to return to blogging once all that nonsense is over with.
Posted by Shane at 16:44 1 comment:

In the spirit of starting this blog anew about once a year, I thought I'd introduce you to (or perhaps remind you of) one of Henryson's rather more macabre short poems, The Thre Deid Pollis. A friend reminded me this evening that I hadn't written anything for quite some time - what better way to herald a new beginning than a consideration of a poem on terrible endings...

Fox's commentary tells us that the poem, in which three talking skulls warn us of our impending doom, is likely influenced by the legend of the Three Living and the Three Dead (Fox, Denton, ed. The Poems of Robert Henryson. Oxford: The Clarendon Press, 1981. p.487). Suffice to say here that the chorus of three dead voices (not literally heard in this poem , but well represented) proves chilling to the extreme. It is perhaps the feeling that the solitary reader, the sinfull man, is outnumbered that gives their number some extra power.

The skulls warn us to flee fra wicket vycis, and in the poem the florid language of growth and life is juxtaposed with grizzly descriptions of the decayed empty skulls. One gets the feeling that despite the moral tone, Henryson must have rather enjoyed the alliterative death-descriptions:

The poem neatly reminds us of the folly of human pride; beautiful ladeis and perfyt palmester alike will some day join this chorus. Henryson's message is not stunningly original and he does not labour the point. The poem is to the point, and unsettling.

We are left with a rather shocking image however. It is one which leads one to ask whether Henryson really intended the inevitable comparison, as the three skulls pray in the name of the holy trinity:

With the hie Fader be eternitie,
The Sone alswa, the Haly Gaist conding,
Thre knit in ane be perfyt vnitie. (62-64)

The image of three skulls chanting seems familiar to me but I'm not sure why. I'm sure I've seen an old cartoon with just such an image (the film version of Orwell's Animal Farm has an image of pigs which seems quite similar). A Youtube hunt lies ahead.
Posted by Shane at 20:11 No comments:

There are few undergraduates in the arts and humanities in the last twenty-five years or so who have not become interested in power and oppression. I was no different, and found myself very interested in questions of gender. I struggled with feminism; as a man I felt like an outsider, one who didn't really belong in the discussion in the first place. I know I wasn't the only man who felt like this, but I also know that to a large extent my feeling of exclusion was somewhat self-imposed; my lecturers certainly never made me feel like my contribution was unwelcome. So if you want to speak about power-relations, does a position of privilege undermine the extent to which you can say anything meaningful? Not an uncommon question, but I recently read Bob Connell's attempt to explain why he feels he can talk about gender theory, when he is a self-described "heterosexual man, married, middle-aged, with a tenured academic job in an affluent country". His five point argument is clear and it is important that it has been said. None of these points may come as a shock to any of us (especially twenty years or so after they were made), but it is nice to see them in writing, and to remember why heterosexual men can and should worry about gender theory:

(1) Even the benificiaries of an oppressive system can come to see its oppressiveness, especially the way it poisons areas of life they share.
(2) Heterosexual men are often committed in important ways to women - their wives and lovers, mothers and sisters, daughters and neices, co-workers - and may desire better lives for them. Especially they may see the point of creating more civilised and peaceable sexual arrangements for their children, even at the cost of their own priveleges.
(3) Heterosexual men are not all the same or all united, and many do suffer come injury from the present system. The oppression of gays, for instance, has a back-wash damaging to effeminate or unassertive heterosexuals.
(4)Change in gender relations is happening anyway, and on a lage scale. A good many heterosexual men recognize that they cannot cling to the past and want some new directions.
(5) Heterosexual me are not excluded from the basic human capacity to share experiences, feelings and hopes. This ability is often blunted, but the capacity for caring and identification is not necessarily killed. The question is what circumstances might call it out. Being a father often does; some political movements, notably the environmental and peace movements, seem to; sexual politics may do so too.
Connell, R.W. Gender and Power. Cambridge: Blackwell. 1987. p.xiii

Connell's final point seems almost apologetic, and his attitude does seem one of the 1980's. Later in the book he questions notions of innate capacity for violence or caring in men or women, yet hear he seems to make the assumption that such innate qualities are present (albeit through social production). His last point is an apology of sorts, reaching towards opportunities for men to escape their oppressive selves. Do we need special circumastances to 'call out' our capacity for caring and identification today?

A welcome review of the expenses scandal

I don't have a whole lot of comment to make about this article by Jonathan Raban in the LRB, except that I welcome his sensible overview of the expenses scandal in the UK. It certainly helped me to make sense of the storm and put it in perspective.
Posted by Shane at 14:26 No comments: 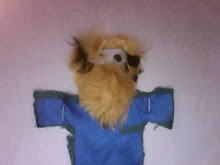